At the Center of Negotiations on National Ballast Water Regulation, a Williams-Mystic Alumna 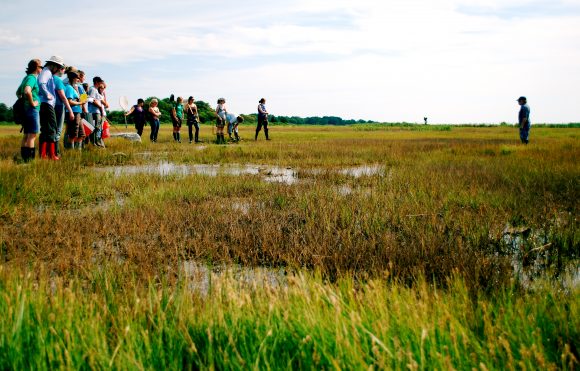 From writing children’s books to conducting scientific research, the careers people pursue after Williams-Mystic are as varied as our more than 1,700 alumni. But if there’s one thing that unites many of these careers, it’s that alumni often find themselves uniquely equipped to advocate for the ocean at the intersection of science, policy, and politics.

Nicole Dobroski (F’96), who has found herself at the center of US Senate negotiations on national ballast water regulation, is the latest example of this shared theme.

It all started earlier this year, when the US Senate introduced the Vessel Incidental Discharge Act (VIDA) as part of the larger U.S. Coast Guard Authorization Act. VIDA would consolidate federal regulation of ballast water and discharges incidental to the normal operation of a vessel with the USCG. The law would also preempt state regulation of those discharges.

Dobroski, who serves as the Assistant Chief of the Marine Environmental Protection Division of the California State Lands Commission, manages California’s marine invasive species program. Ever since VIDA was introduced, she’s been hard at work forging a consensus on amendments to the legislation. In true Williams-Mystic fashion, she’s working with a wide range of stakeholders, from the California Governor’s Office and US Senate Congressional staff to scientists at state agencies to shipping agency representatives. Her end goal: maintain state protection over unique state waters–and the invaluable ecosystems they contain–while shipping industry’s desire to reduce conflicting federal and state regulatory requirements.

The process is far from over; on Thursday, Dobroski called marine policy professor Katy Robinson Hall (S’84) in the midst of negotiating with the Senate over certain aspects of the Jones Act. But standing at the intersection of ecology, policy, and environmental change, Dobroski’s work attests to the enduring value of the interdisciplinary approach to the ocean that Williams-Mystic fosters.

Nicole Dobroski (F’96), also served as our Science T.A. from Spring 2001 through Spring 2005. She earned her B.A. in Biology from Pomona College and her M.S. in Biological Sciences from the University of Rhode Island. She is currently the Assistant Chief of the California State Lands Commission’s Marine Environmental Protection Division.

At the Center of Negotiations on National Ballast Water Regulation, a Williams-Mystic Alumna